By Chuck Lee
Last Update: April 9, 2022
This post does contain affiliate links—we will be compensated if you buy after clicking on our links.

Anchor fly had the privilege of sitting down with the Director of Science and Conservation for Bonefish and Tarpon Trust and Senior Scientist at Harbor Branch Oceanographic Institute at Florida Atlantic University, Dr. Aaron Adams, for an interview on some of the biggest challenges facing our watersheds.

Dr. Adams highlights some of the main concerns we’re up against as anglers and how to help combat these impacts.

Please see below for our full interview. 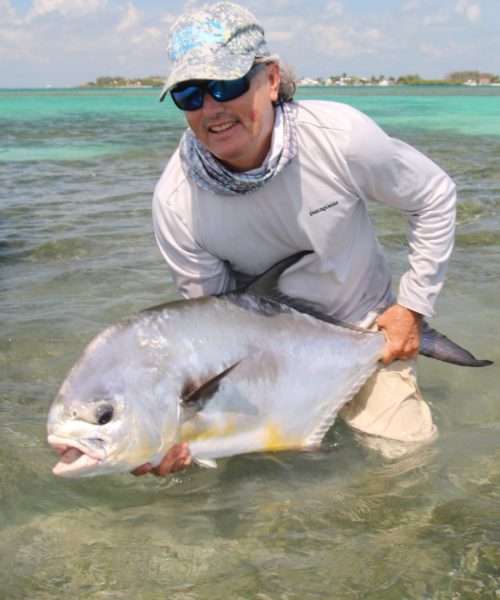 Q. What do you see are the top threats facing our watersheds?

A. One is water infrastructure

This means we need to address broken sewage treatment infrastructure, convert septic to sewer, properly deal with stormwater treatment and runoff. So much of what we are doing on land flows into our waterways (my areas of concern are estuaries and coastal waters), and for the most part this is not being addressed.

Our water infrastructure is very broken (from unsafe drinking water to too many nutrients causing fish killing algae blooms).

A. Another is habitat loss and degradation.

Q. What are the underlying themes that are impacting habitat loss and degradation? And are  individual anglers a part of this problem? 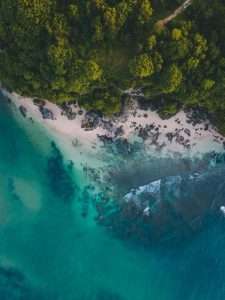 There is also a lack of engagement by most anglers. By not becoming engaged anglers are kind of shooting themselves in the foot. The opportunities now vs 10 years are much smaller.

Q. Why do you think that engagement is difficult for anglers?

Part of the issue is not seeing the immediate changes in fishing. Part of it is That incremental decline that makes it harder for people to be engaged.

I think part of the problem especially for newer anglers is a phenomenon called Sliding Historical Baseline. Which means; say this is your first day of fishing—And everything you’ve experienced is gauged on that. A more appropriate historical baseline would be 50-100 years or more.

By thinking in longer terms it puts a different context on today. That’s a big challenge especially for new anglers coming in, everything they know is new but that doesn’t necessarily mean that it’s good.

Q. Can you describe how fishing ethics and etiquette play a role in habitat degradation?

A. I think there’s been a change. When I grew up my dad and uncle taught me how to fish but they also taught me about fishing ethics and etiquette. I think a lot of newer anglers haven’t had that type of mentorship and that lack of mentorship has been exacerbated by the immediacy of things like Instagram and other social media platforms.

The increasing problems in the fisheries that have been caused by habitat and water quality decline are being magnified by an overall decline in fishing ethics as well.

For example, rather than explore and find new places People might look on social media and pound a spot into oblivion, which further declines the fishery.

From an education perspective it’s important to make sure people see the bigger picture and the longer historical timeframe. We can see where we are now vs in the past, and accordingly where we can be in the future if we fix these habitat water quality problems. Want to help the cause?

Join Dr. Adams and Get involved with The Bonefish and tarpon Trust

Q. Can you say more about habitat degradation, and where that is coming from?

A. It’s construction project development, it’s inadequate regulations on that development. In other words, the government allowing a development that shouldn’t be there or should be done in a better way.

It’s also in some instances the government building new highways through protected areas. Or not accommodating things like water flows during road construction. This happens in the saltwater and freshwater world; a lot of time the govt will build a road over a spring or creek and not really consider the ecology of the creek when they put in a couple culverts. That’s what we call habitat fragmentation. It breaks up the connectivity of those habitats and that causes a lot of problems.

If you want to get down to the most fundamental, we are still doing our land and habitat management based on the 1950s paradigm and we need to change that paradigm. Which is difficult because it involves money.

A. It would be cheaper in the short term, so basically what we’re doing with the 1950s paradigm we’re expensing it forward.

Q. Can you describe these outdated land and habitat practices and What do you mean by expensining it forward?

A. Florida is a good example. Poor building practices and outdated regulations for many decades now has Florida in a situation where a lot of their sewage treatment plants are overcapacity because the sewage infrastucture hasn’t kept pace with development.

Septic systems are failing and a lot of water control structures are doing a lot of ecological damage. That’s causing problems like red tide, fish kills and seagrass die offs. So now if they were to fix those things it’s going to be many billions of dollars. The billions of dollars that we have to pay now to fix the problems are the expenses that those who came before us saved by using those bad and cheap practices. 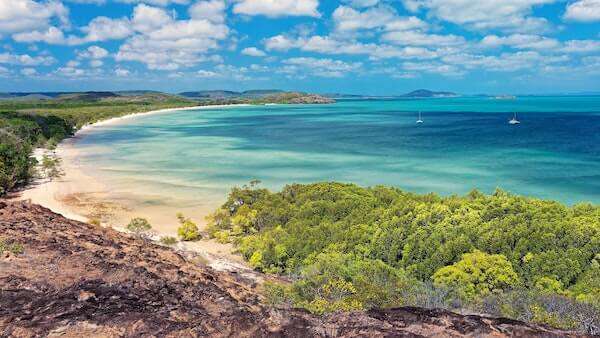 Q. Are there any communities/regions that you’re aware of that have invested in new water infrastructure, and if so how plausible is scaling that on a national or state level?

A. In the 70s and 80s the Chesapeake bay was collapsing, so much so they shut down striped bass fishing for 5 years and it’s taken decades but they’re seeing a lot of recovery of the seagrass that have died off. It’s not perfect or what it was in the 70s but it’s gotten a lot better. Tampa Bay went through a similar collapse due to water quality issue in the same time frame, and has also followed a path to recovery.

Q. Was this push done through local organizations?

A. Yes the Chesapeake Bay Foundation and a multi state coalition, but I think the real catalyst was the governor of Maryland at the time, Harry Hughes, who pushed a lot of policy changes that weren’t perfect but got things moving in the right direction.

Q. Why isn’t there much emphasis on habitat rehabilitation from government organizations as part of fish conservation?

A. Lack of political will. It’s not about funding or the science behind it. Let’s put it this way, when president Kennedy said we’re going to put a man on the moon we did it in 10 years. And when he said that we weren’t even close to having the technology in existence.

So it’s not about science or funding. It’s the political will to actually do it. This means a strong strategy to make the appropriate investments and policy changes now, with the realization that this is not a short-term fix, but is a long term investment.

It’s interesting because There’s 40 million anglers in the country, and yet in a lot of ways we’re not an organized voice.

Want to help the cause?

Join Dr. Adams and Get involved with The Bonefish and tarpon Trust

Q. If you had the resources to implement one solution tomorrow—what would that be?

A. Invest in our water-related infrastructure. The longer we wait to fix it the more it will cost. It will cost more now because those who came before us didn’t invest in infrastructure and many made things worse.

At some point our ecosystems will be past the point of recovery. We’re pushing hard in Florida for fixing these issues. Example:

Q. Can you offer a link whereby people can volunteer or donate to your work?

A. That would be great. Bonefish and Tarpon Trust

Q. Besides educating oneself and offering donations, what are things an average angler can do to help with the problems of water infrastructure, habitat loss and degradation, or other overarching conservation efforts?

A. Just encouraging people to get involved, because no one else is going to do what it takes to protect and restore our fisheries and the habitats and water they depend on.

Aaron received a bachelor’s degree from St. Mary’s College in Maryland, a Master’s degree from the College of William and Mary, and a Ph.D. from the University of Massachusetts Boston, and also holds a Coast Guard Captain’s License.

He has lived, worked, and fished on both coasts of the US, and in the Caribbean, where he has been conducting fish research for more than 25 years. His pursuit of effective fish and habitat conservation are rooted in his years growing up near Chesapeake Bay, where he witnessed the decline of the Bay’s habitats and fisheries.

As Director of Science and Conservation, Aaron is responsible for formulating, overseeing, and implementing BTT’s science and conservation plan, and applying scientific findings to conservation and management via interactions with resource management agencies and other non-governmental organizations.

Aaron has been an author or co-author on more than 70 peer-reviewed scientific publications, has authored three books, and contributed chapters to four books. In addition to his scientific focus, he spends considerable effort translating fish science into angler’s terms.

Aaron has been an avid angler since the age of five, and was even known to skip school in pursuit of fish. Also at a young age, the why and how of fish and their habitats became a passion. The career of fish conservation scientist is a perfect combination of these passions. You can see his scientific publications on his Researchgate page. 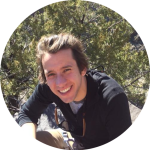 AUTHOR
Chuck Lee
Chuck started fishing as a small child, and switched to a fly rod as a teenager. He developed his skills on the numerous rivers and streams on the northshore of Lake Superior. He later moved out west and spent a decade fishing the wild and rugged rivers of New Mexico, Colorado and Montana. He currently lives in MN stalking trout in the driftless region of MN and Wisconsin.