By Wes Mangum
Published on: October 5, 2022
This post does contain affiliate links—we will be compensated if you buy after clicking on our links.

Euro nymphing has taken off in the last five years. From competitive anglers to your average hobbyist, people left and right are picking up this technique, and with it, specially-designed euro nymphing rods.

There’s a good reason it’s caught on like it has, perhaps the best reason for something existing at all: it catches fish, plainly and simply. Euro nymphing allows anglers to get their flies to where trout are located, and once there, take advantage of strikes.

To euro nymph effectively, many anglers reach for specially-designed rods. Thanks to the popularity of this tight-line technique, there is a myriad of offerings from rod manufacturers nowadays.

With this guide, we aim to educate and inform you on the best euro nymphing rods for your specific situation. We also want to help you understand what makes these rods special while explaining the differences between euro nymphing rods and regular fly rods.

This article will cover:

A specialized tactic like Euronymphing calls for a specialized tool. They don’t get any more intently designed than the ESN by Sage. This rod provides the most sensitivity on the market. It’s lighter than the competitors, which will lend well to detecting strikes and keeping your form sharp while staying in contact with your flies. The ESN has great recovery AND a strong backbone, making it a premium setup. Its single-foot guides keep your line and leader working smoothly up and down the rod.

A few things to note that the ESN doesn’t feature that may or may not be noteworthy for you: it doesn’t have a hook-keeper or a fighting butt. It seems that Sage has done everything possible to keep the ESN as light as can be, these omissions included.

The Cortland Nymph Series can hang with rods much pricier and more critically acclaimed. Some of the top competitive fly anglers swear by it as a nice middle-of-the-pack option. One area in which it excels the most – it’s recovery. The Corland Nymph isn’t soft and floppy. It responds to hooksets with authority.

At 10’6” in all three rod weights (2-4 wts), the extra length and the reach it provides can be the difference between maximizing your drift, and in turn, catching more fish. If you’re in the market for a mid-tier priced euro rod, the Cortland Nymph is a great place to land. You might like it so much you’ll forget about pursuing pricier rods in the future.

That’s the best way to describe the Echo Shadow II. Echo does a great job of bringing a lot of features and performance into moderately priced offerings. The Shadow II is no exception. Its slim profile design allows for extreme sensitivity, yet doesn’t abandon power or speed. Single-foot guides fit into this lightweight design. The black-on-black appearance eliminates glare and shine.

One of the best parts to the Shadow II is the customizability that’s included. An unscrewable end cap that comes with a 1/10 gram counterweight allows you to find the right balance. Echo also sells a competition kit that you can pair with the 3wt and 4wt models, which features customization options for length and balance. Each kit comes with a fighting butt that attaches to the end cap, 5 additional 1/10 counterweights, and two 6” extensions.

We’ve said it before and we’ll stand by it — the Orvis Clearwater is one of the best values in fly fishing. This claim more than holds up for the 10’ 3wt euro nymphing edition.

It’s fairly light and balances very well for a less-expensive euro rod. The small details – like the fighting butt and downlocking black nickel reel seats – really put some nice touches on an entry-level euro stick. The Clearwater has enough backbone to get the job done. It misses out on a little sensitivity compared to higher-priced rods like a Sage, but it also misses on the bigger price tag. The Clearwater is a great rod to break into euro nymphing with.

Moonshine Rod Co. is newer to the scene than any of the other rod brands we’ve covered in this review so far. Their euro nymph rod, called the Epiphany, has been around since 2017 and garnered some pretty favorable attention at its price point.

First things first, there’s no better-looking euro nymphing rod out there for this low of a price. The anti-glare black blank and copper accents are striking, and so is the burled end cork. It performs well for the price, too. Single-foot guides and very nice weight distribution allow you to stay in contact with your flies longer, with more ease. Moonshine even includes a backup tip section, too. If you want to try a new rod company, the Epiphany is worth a look.

If you’re making your first foray into this tight-line technique, you want to find a rod that feels like an extension of your arm, allowing you to focus on your form. The Echo Carbon does that and does it well.

It’s got the right amount of weight and backbone for an entry-level euro nymph rod — light enough to keep from tiring you out while avoiding being noodly. It’s got enough sensitivity to allow you to learn how to feel strikes before you see them, and a firm enough tip to allow you to switch to tossing dry flies if the situation calls for it. The Echo Carbon comes with a lifetime warranty (one of the main selling points of any Echo rod), so even if you pick this rod up as an intro to euro nymphing, it can serve you for life as a backup rod.

If you’re making your first foray into this tight-line technique, you want to find a rod that feels like an extension of your arm, allowing you to focus on your form. The Echo Carbon does that, and does it well.

It’s got the right amount of weight and backbone for an entry-level euro nymph rod — light enough to keep from tiring you out, while avoiding being noodly. It’s got enough sensitivity to allow you to learn how to feel strikes before you see them, and a firm enough tip to allow you to switch to tossing dry flies if the situation calls for it. The Echo Carbon comes with a lifetime warranty (one of the main selling points of any Echo rod), so even if you pick this rod up as an intro to tight line nymphing, it can serve you for life as a backup rod.

What to Look For In a Euro nymphing Rod?

One of the main characteristics of a euro nymphing rod that allows you to get the job done is its length. Having a longer rod will allow you to keep your leader and tippet at the right angle, which will give you the signature euro nymph drift while not laying any fly line, or leader or tippet for that matter, on the water. Most distances in which you’ll nymph a riffle or seam will call for a 10’ to 11’ foot rod, placing your euro nymphing rods at two to three feet longer than a typical fly rod. This is necessary in a euro rod. You’ll want to consider the width of the rivers you’ll typically fish, and pick a longer rod for a larger river.

Another of the main characteristics that designate a euro nymph rod is the weight-in-hand of the setup. To keep your euro rod at the right angle to achieve a correct drift and to detect the subtle strikes that euro nymphing provides, you’ll want as light of a rod as possible. This works in two ways: you won’t lose any “touch” to the dullness of a heavier rod, allowing you to sniff out more and more strikes, and you’ll avoid getting physically fatigued as you fish with your arm extended at a 90° angle for hours at a time. Companies that design euro rods prioritize for lightness, and you’ll immediately understand how big of a difference this can make as you fish this specific manner with rods that have this specific characteristic.

Other common characteristics of euro nymphing rods include specific rod weight sizes – usually 2 wts through 4 wts – and stiff, aggressive butt sections. While these longer and lighter rods might have you wondering on paper how you’ll fight and land a 20” brown trout with a 2 wt, they’re built to bend quickly and strongly, allowing you to fight a fish with the butt section of the rod and establish control quickly. These four characteristics are things to consider when looking for a good euro nymphing rod: length, weight-in-hand, size, and backbone.

Sticking with our carpenter’s tool analogy above, hammers and dovetail chisels have different uses. As do euro nymphing rods and your typical everyday fly rod. A euro nymphing rod is designed less for casting – the technique doesn’t require long casts – and more for getting your drift into the “strike zone” and then detecting said strikes. A do-it-all rod has to do just that — it has to be able to cast for distance and accuracy, provide good hooksets, and fight fish correctly. A euro nymphing rod, as outlined above, has specific characteristics (length, lighter weight, a stronger backbone that compensates for a lighter tip) that work together to deliver a tight-line presentation. Using a euro nymphing rod pays dividends when you break out the do-it-all rod, too. You’ll find that you become better at anticipating, sensing, and capitalizing on subtle strikes that you didn’t even know existed before you started euro nymphing.

We mentioned it earlier: euro nymphing has caught on, and it’s caught on because it catches fish. A lot of fish.

It really is a fun and effective way to go after trout. Euro nymphing is a fairly quick tactic to get the hang of, and hopefully with this guide, we’ve either set you up to step into this craze, or helped you to fall even further. As always – reach out and give us your thoughts, and don’t hesitate to share this on social media if it’s proved useful. Tight lines! 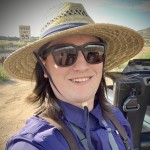 AUTHOR
Wes Mangum
Wes has fly fished in mountain streams and creeks since his childhood. He grew up on the waters of Northern Utah and Southern Idaho. Wes currently calls Salt Lake City, UT, and its blue-ribbon trout streams home. In addition to his local rivers, Wes spends time pursuing trout in the Intermountain West. He sojourns regularly to Colorado, Idaho, Wyoming, Montana, Washington, and Oregon. 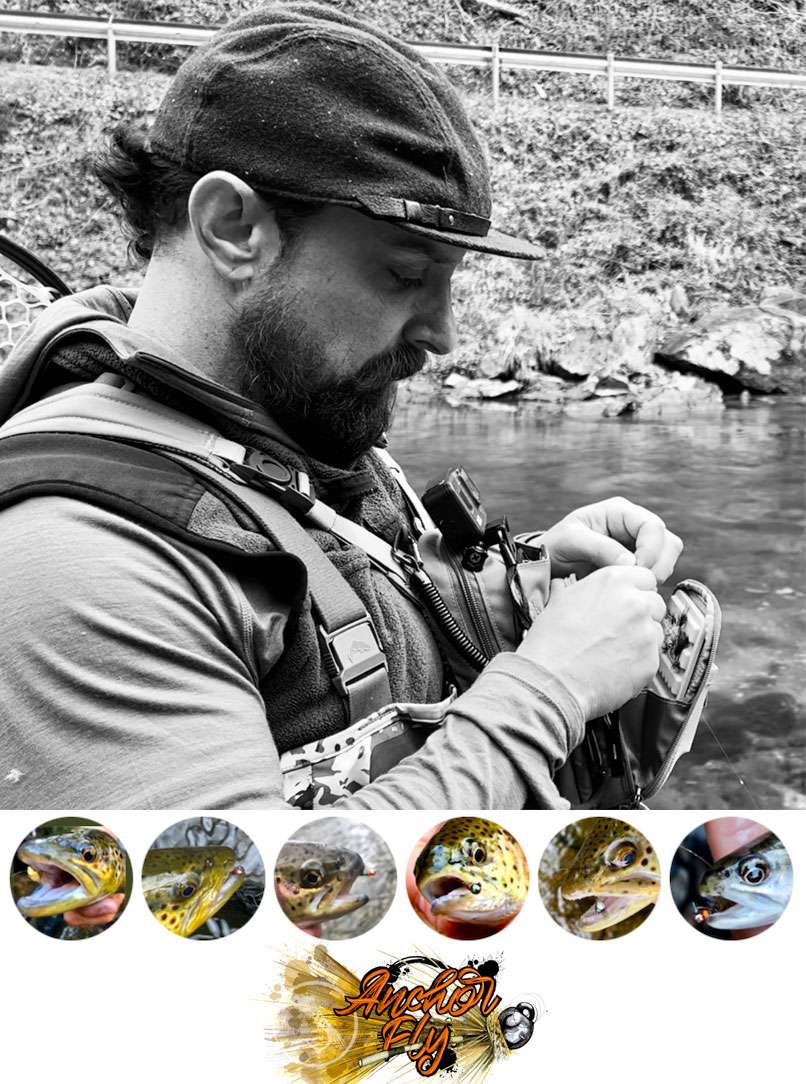